About The Norwegian Institute for Children’s Books 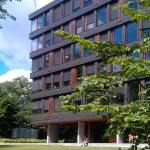 The Norwegian Institute for Children’s Books (NBI) was founded in 1979. The NBI develops and disseminates knowledge about literature for children and young people, works to strengthen research in the field, teaches children’s and young adult literature, and runs author training, online studies, dissemination and information activities.

The institute is a meeting place for artistic and academic development and reflection. The NBI is actively used by teachers, librarians, students, researchers, critics, journalists, publishers, authors, and illustrators. We also offer research and reading room space.

How to find us:
The institute is based in Oslo in the «Halvbroren» building on Observatoriegaten 1B (on the lower side of Solli Plass). View map.
Telephone: +47 23 13 13 70 / email: post@barnebokinstituttet.no 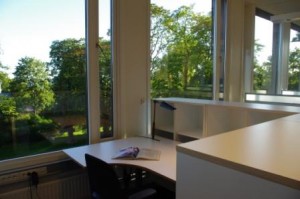 The Norwegian Institute for Children’s Books works to strengthen research in the field of children’s books.  The NBI currently has one research fellows connected to the research project Children’s and young adult literature in a mediatised text universe. In addition to its own research, the NBI also cooperates with universities and university colleges on various research projects and network collaborations, and it holds public research lectures. Research is disseminated via the Nordic Journal of Childlit Aesthetics (BLFT), seminars, and factual articles on the thematic pages of our website.

BLFT – Barnelitterært forskningstidsskrift (Nordic Journal of Childlit Aesthetics) is a Nordic peer-reviewed academic journal published electronically, which was established in 2010. The periodical has a Nordic editorial board with editorial responsibilities assigned on a rolling basis. It is available in Open Access and publishes research articles in the Nordic languages and English. BLFT has committed to exploring the aesthetics of children’s literature, analogue and digital media, verbal and visual artistic expression, and views on art and children.

Other important publications that the NBI have contributed are:

In 2014, the NBI launched an online-based part-time course in contemporary literature. The aim of the course is to strengthen knowledge about new children’s and young adult literature and is intended for library employees, teachers, critics, and others who convey literature to children and young people. The course can also be complementary and supplementary to more comprehensive courses of study offered by other learning institutions. Teaching runs over three semesters to allow those with full-time jobs to take part.

Among these, two funded places are allocated to applicants with Asian, Middle Eastern, African or Latin American backgrounds. The course is NOKUT approved, and therefore provides study credits and means enrolled students are entitled to funding from the Norwegian State Educational Loan Fund.

The NBI has extensive experience in the dissemination of literature and delivery of courses for teachers, preschool teachers, students, librarians, illustrators, and others in the field. The NBI offers courses and group visits/study visits including presentations on recent Norwegian children’s and young adult literature. This is also available in English. Visits must be arranged in advance.

The NBI runs between 12 and 14 events for the public every year. The events range from research seminars and exhibitions openings to award ceremonies, book launches and themed lectures.